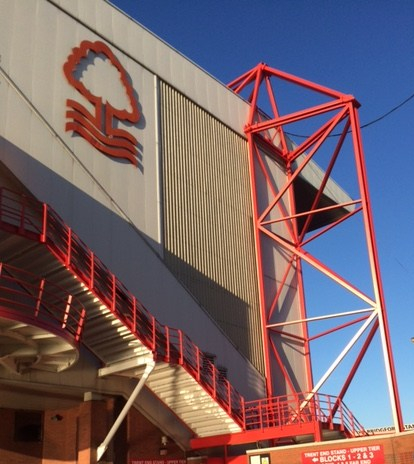 Despite all the recent activity in the transfer market, the return to full fitness of João Carvalho will seem like a brand-new signing.

Nottingham Forest’s record acquisition is slowly but surely working his way back into contention for a place in the starting eleven. The 22-year-old Portuguese suffered an ankle injury set back in preseason and is yet to start a game in a Red shirt for Sabri Lamouchi.

As I alluded to in last week’s piece, his absence has gone under the radar somewhat due to the strength in depth of the Forest squad. Fellow countryman Tiago Silva has performed decently in the midfield along with the likes of Samba Sow.

It’s been a frustrating first year in English football for Carvalho, who found himself ostracised by Martin O’Neill during his spell as the Reds manager. The youngster’s exclusion did not sit well with the Forest faithful but if we’re completely honest, he was far from the finished article. However, you can only improve if you’re playing, not getting splinters on the bench.

And in fairness to the pint-sized creator he remained extremely disciplined during his time in the wilderness last season. Many players of his age would have taken to social media to express their distain, but he just kept quiet and waited for his chance which is admirable.

Looking from the outside it seems that all is well in the world of João right now, he appears focussed and hungry to impress having come off the bench in Forest’s last two matches. He made a telling impact in both games too, scoring against Derby, albeit via a huge slice of fortune, and more significantly, assisting against Preston last Saturday. Carvalho’s beautifully weighted through ball for Albert Adomah’s equaliser was exactly what the contest had been screaming out for. And worthy of note, another incisive use of the substitutes by the gaffer.

On reflection, the draw against Preston North End didn’t seem so bad in the end. The Reds were much improved after a dismal first half which they deserved to go behind in. The Lilywhites have become something of a hoodoo side in recent times, especially at the City Ground. The last home win over North End was in March 2016, when Forest sported a front two of Chris O’Grady and Nelson Oliveira whilst Chris Cohen occupied the left back spot.

And so, to the international break, which has come at the wrong time for João Carvalho, who’s just beginning to accrue some valuable match fitness and would benefit from the frequency of the Championship fixture succession. He does though have the opportunity of continued game time, Portugal U21s face Gibraltar and Belarus in the UEFA Championships whilst Forest Under 23s take on Ipswich at Portman Road.

The break will also give the record signing a chance to embellish upon his Mexican dancing, if you’re wondering what I’m talking about just head to Twitter and have a butchers as they say. Joking aside, the fact that our No 10 posted such a slapstick, light-hearted video of himself on social media reflects well upon his demeanour right now. He looks a happy chappy, which as Michael Dawson told me when I interviewed him as a Hull City player, “a happy player is usually a successful player!”

When Nottingham forest do return to Championship action, they face none other than the league leaders Swansea. Hopefully, the international break will have stunted the Welsh side’s momentum somewhat and allow Sabri Lamouchi’s men to pick up another crucial away point or more.

Personally, I think that João Carvalho’s return to the Forest side is exactly what we need right now, a player with the creativity to turn draws into wins. In my opinion, it will feel like we’ve signed a brand-new player when he’s fully fit again.